Immediately after the capture of the Dybbøl stronghold, 800 Prussian pioneer soldiers were deployed to break down the disused Danish redoubts.
Already on July 1st, 1864, it was decided to fortify Sønderborg as a temporary Festung Klasse 2, which must be translated with a field fortification.

The work began with Fort (big redoubt  X, which was built over a larger area, which included both the former Danish redoubt V and redoubt VI.
The bridgehead could not be rebuilt immediately, as the Danes stood directly on the other side of Alssund, which is why this redoubt initially was only destroyed by a series of 50 kg charges of black powder.

In September 1865 it was decided to make a permanent stronghold at Sønderborg. This happened, among other things. to use the water Alssund as a naval base. This was part of the strategic plans to build a strong German High Seas fleet,that could challenge England’s naval dominance.
At this time, this was only to be done via naval bases  in Wilhemshaven and Sönderborg, and the constructions at Sönderborrg began as early as the fall of 1865.

The plans of the of construction was lost during World War II as well as the plans for the individual buildings and constructions. All descriptions are therefore based on plans of other contemporary plants and secondary sources.

It is known that Fort X was the first listed and the last listed facility was Fort Herwarth from about 1870.
The Prussians were obviously very proud of Fort X and this was often showed to  visitors. It should also seem impressive because of its size.

Within these rows of rows lay at the bridge of the pontoon on Sundeved, the bridgehead. It was built on the former Danish Nordre Brohovedskanse and is not numbered like the others. Between this and the preference lay the smaller hedges VI – VII.
They had The function is to cover the area between the larger forts on Dybbøl Mountain itself.
On the Alsatian side, 5 hedges were erected in a semi-circle around Sønderborg. They are numbered I (northernmost at Alssund) to V (southernmost.) They were connected by a continuous one-off starting at Sønderborg Bay at the castle and running east and north of the city to Alssund respectively.
The Prussian plants on Dybbøl itself were not quite unlike the Danish draft from 1861-62 to a prefecture with 3 walled forts at the top of Dybbøl Mountain. 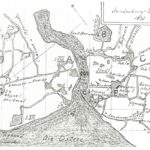 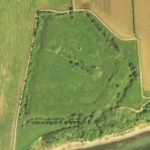 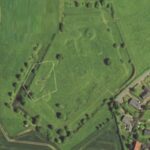 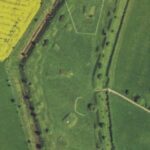 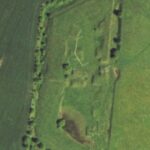 In the early 1870s, Fort Herwarth was constructed north of the city.
The fort is named after Feldmarshall Eberhardt Herwarth von Bittenfeld, who had command of the Prussian attack force on Als on June 29th. 1864.
The fort was abandoned in 1881 and demolished in 1884 The name  but Fort Herwarth, however, resurrected at Kiel, and was in use well into the Cold War. The fort still exists but is not in use.
Fort Herwarth’s last contribution to the military history was the delivery of some of its cannons to Sicherungsstellung Nord 1916, where the fort had lost its military importance in the defense of Kiel.

Fortress Sonderburg-Düppel
After the Franco-German war and with the opportunity to fortify Kiel as the leading naval base in the Baltic, Sonderborg’s importance as a support point and the fortress was abandoned. Furthermore, the Kaiser Wilhelm Canal (the Kieler Canal), which provided the opportunity to sail directly from the Baltic to the North Sea, had been built.
The Prussian trenches I-V was demolished long time ago, and the last traces of Fort Herwarth disappeared between 1932 and 1945.

The later German naval barracks, which for many years served as a school for the Danish army have nothing to do with the fortress.
It was built in 1907 as an artillery school for the German Navy.