The Cold War in Denmark 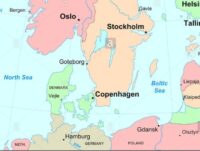 The cork in the Baltic

Denmark’s position as the “plug in the Baltic” was, if not vital, so vitally important to NATO during the Cold War. The only way out of the Baltic was through Danish waters. No cargo or warships were able to pass the Danish straits without being observed or, at worst, shot at.

Because of this strategically important location, Denmark was an obvious target for the Warsaw Pact.

According to plans already known at that time and plans that became known after the collapse of the Soviet bloc, East German and Polish troops were to make landfall at the Fakse Bay and advance over Zealand. At the same time, large armored forces were to advance through West Germany and among other things. go north through Jutland.

The attack on Denmark was to take place on the war day 5 to 9. During this attack, there were also plans to use tactical nuclear weapons.
One against Esbjerg, which was the receiving port of NATO’s so-called fire corps, and one against Roskilde. The latter probably to show the government and the Danish army, defense that there was both the ability and the will to use nuclear weapons and thus speed up a surrender.

Denmark tried in vain to get NATO to pay for the building of the forts. However, this was not wanted, considering the time had passed from the fixed fort towards a mobile defense.
Denmark did not believe that they could afford the large amount of equipment and maintenance personnel required fro such a mobile defence, and subsequently built the Stevns Fort.

It has subsequently emerged that NATO had basically written off Denmark, which, as an attack’s right flank, would be attacked quickly and purposefully. Nato regarded our many fjords and coves as impossible to defend,  and a main defence was concentrated on a barrage of the Kattegat in the Hanstholm / Kristiansand line.
NATO’s goal with this was to block the Soviet Baltic fleet inside the Baltic and the Kattegat.

Nuclear weapons are mentioned as an option against the Langeland Fort. Nuclear weapons against Stevns were not so attractive, as this would enclose their own field of action in a nuclear cloud. The nuclear weapons that were intended to be used against Danish territory were greatly oversized.

Only after the Chernobyl nuclear accident did the Russians reduce the size of their intended use of the weapons. 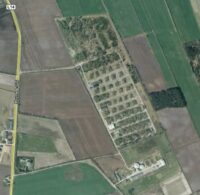 Denmark had nuclear weapons stored by NATO immediately south of the border, but it is a matter of whether one had time to gain American acceptance for their use and then have them brought out to the artillery units as well as the missile defense.

Two forts were built in the early 50’s to secure any mining paving as well as the Danish Straits in general.

The Stevns Fort and the Langeland Fort. Together with the Bangsbo Fort at Frederikshavn, a German post from World War II, it was possible to control the passage of the Danish straits.

There is no doubt that a conflict between the Warsaw Pact and NATO would have cost Denmark dearly.

Moscow looked very closely at developments in Denmark, and in 1957 Secretary-General Bulganin sent the following letter (threat) to the Danish government after adopting NIKE rocket systems:

“The Soviet government has far from any desire to paint in strong colors, but allow me to tell you without a doubt that by allowing itself to be involved in military preparations on the part of certain powers, it poses a very serious and unjustifiable risk. (…) And the destruction of modern weapons is so significant that for countries with territory the size of Denmark, in the event of a nuclear war, it would mean suicide if foreign states were allowed to set up bases. It is not difficult to imagine what it would mean for Denmark if modern weapons were used against an attacker’s bases set up in Danish territory. In this connection it is sufficient to recall that the explosion of one hydrogen bomb, as shown by the experiments, could cause destruction on a territory with a radius of hundreds of kilometers. And events in this case would hardly limit themselves to the use of one such bomb. “

The Norwegian government, by the way, got almost the same note.