The Attack at the Island of Als June 29th

The ceasefire negotiations in London collapsed because the Danish government would not accept a division of the duchy af Schleswig.

Despite the defeat at Dybbøl on April 18, 1864, the Danish negotiator in London Ambassador Quaade and Prime Minister D.G. Monrad were determined that the border should be drawn at the river Eider.
The Danish government was well aware that after the defeat at Dybbøl, there were no military options, but it was their hope that the Danish army could endure, while the Danish representatives achieved something at the negotiating table in London. The Danish government remenbered, that the leading European countries Russia, France and England had guaranteed the Danish possession of Schleswig.
However, it soon became clear that none of these countries were willing to risk a war for the sake of Schleswig.
When the negotiations finally broke down, the Prussian army was able to invade the island of Als and finally drive the Danish army out of Schleswig. 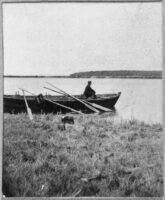 Boat from the attack

On June 26, the ceasefire expired and a fleet of open boats, which, before the attack on the redoubts april 18th, were gathered at Ballebro. Originally they were gathered to attack the redoubts form behind.  However, at the time for this attack a storm broke loose, and the attack was cancelled. With the redoubts occupied, these boats could be used elsewhere. They now were moved to Sottrup Wood.

The owner of the Sandbjerggård estate who also owned teh Sottrup Forest, had earlier offered to  chop the part of the forest facing Alssund, but the War Ministry did not think the Prussians could make use of the area.

In the middle of the night, June 29 at 2 am 2,500 Prussian soldiers with 166 boats and 20 pontoon ferries set across the 400 meter wide sound between Sottrupskov and Arnkil. In reserve was 17,500 for the next wave of attack.

Due to the steep slopes from the forest towards the beach, it was necessary to dig way for easy transport of the heavy boats to the beach. In connection with the embarkment, positions for the field artillery in the forest were dug.

The attack at Als

The Danish army at the northern end of the Arnkil peninsula immediately took up the fight, but the defense was too weak. There was only approx. 50 men. Probably alarm posts, and they were quickly defeated.
The closest Danish forces was in Ulkebøl at the main barracks, 10 kilometres to the south.  As the reinforcements  reached the attackers, some fierce battles developed around the village of Kær.

The attack could probably also have been averted by the navy, if the Danish iron clad Rolf Krake had been on its post i Alssund. It could have detroyed a large number og boats with the cannons or by ramming them.

But just as Rolf Krake was about to open fire, the captain received orders to turn around and sail to Mommark to support the evacuation of the Danish army.
Denmark had some experiments with mines, but they were never brought to action.

The Prussian troops defeated the Danish troops during the morning, and at 5.30 pm the Danes abandoned the island of Als and retreated to the island of Kegnæs during a continuous battle. From here, the troops was  dispatched to Funen over the next few days.
On July 1st the last Danish soldier left  Als and thereby Denmark in fact had left the duchy of Schleswig. 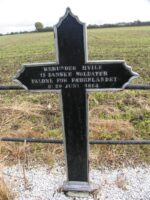 The Danish army’s losses (dead, wounded and captured) in the battle at Als totaled 3,148 men, while the corresponding Prussian losses amounted to 372 men. Subsequently, Prussia occupied Als.
The Austrian forces occupied Jutland north of the Konge Aa (stream) and the Danish government had to sign an almost unconditional surrender.

The successful Prussian invasion immediately caused the mood of the Danish public to reverse. In the leading Copenhagen newspapers, the pessimism spread and the likelihood of a hostile landing at the Funen of the island of  Zealand was discussed. The entire Danish warfare was based on the fact that the navy had superiority in the inner Danish waters and that the enemy could not reach the islands.
Now the main force of the Austrian navy was on its way to the Kattegat, and if the naval superiority was lost, the Prussians could quietly cross the Fehmarnbelt and conquer the unprotected Lolland-Falster. Then Zealand and Copenhagen would take turns.

The prospect that the war was not necessarily only a Jutland matter hit hard among the population.
It could actually spread to the capital, which caused the national liberals’ core members in the Copenhagen bourgeoisie to give up and demand peace at almost any cost. 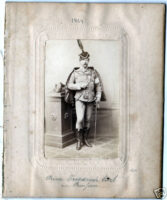 The fear of the population was not unfounded. The commander-in-chief of the German forces, Prince Friedrich Karl, had in fact made detailed plans for an invasion of Funen, which would have to be launched if the Danes chose to continue the war. It was a great dissapointment for the prince, that no other large-scale Prussian land-crossing operation was needed.