The attack on the Dybböl Stronghold

On April 18 at 1 p.m. At 04:00 the final bombardment began.
In just a few hours, nearly 8,000 grenades fell over the Danish redoubts, trenches and the area behind the redoubts. The bombing continued for 6 hours during which the fortifications were finally destroyed.
Most of the last few usable cannons were destroyed and the Danish troops suffered heavy losses.

We don’t know anything exactly about the state of the ramparts at the redoubts  at the moment the infantry attack started, but contemporary images and stories suggest great destructions.

To defend the Dybböl stronghold, there were 5000 Danish soldiers in the redoubts, trenches and the area behind the redoubts. A further 6,000 soldiers were in reserve at Sönderborg and on Als.
11,000 battle-weary and exhausted Danes soldiers against 37,000 fresh and well-equipped Prussians.
The outcome seemed given in advance.

Kl. 10 the artillery fire stopped completely for a few minutes when tge infantry attack began.
Then the barrage moved further towards the bridgeheads at Alssund to prevent Danish reinforcements.
The attacking Prussians opened a fierce rifle fire against the redoubts. 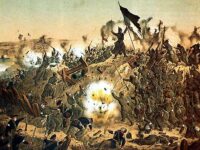 Now 12,000 men in six assault columns advanced against the ramparts of the sparsely occupied Danish left wing of the stronghold. It happended to the sound of the newly composed Düppeler Schanzen Sturm March played by military orchestras in the frontal assault trenches. This to encourage the troops and to  extinguish the cries of the wounded.

At the same time, Prussian artillery resumed shelling of the bridge heads at the area between the redoubts and Alssund .

From the redoubts, the attackers met a swarm of bullets.

In a desperate race with the Prussians, the Danish reserves tried to reach the redoubts before the enemy. The Prussian trenches were only 250–300 meters from the Danish ramparts. The same distance as the Danish barracks behind the redoubts. In several places, both defenders and attackers reached the redoubts at the same time.

After a brief fight, the Danes were thrown out of the redoubts and then driven back into fierce man to man  battles. A brave counter-attack from the 8th Brigade, which was in reserve at Alssund, saved the Danish army from being annihilated and made it possible to save most of the army down to the bridgeheads at the far end of the Sundeved Peninsula.

Partly the reserve was alerted too late, and partly the heavy artillery fire of the 8th Brigade slowed down so much that they came too late to stop the attack. There were now only the artillery crew at a few infantry to try to hold the redoubts.

The redoubts  I – III were defended by the 22nd Regiment. 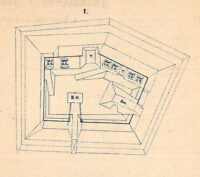 Redoubt I
It was at a distance of 550 meters from the storm parallel and was quickly surrounded by the Prussian soldiers in the first column and forced to surrender. The shotgun fell at 10.06am. 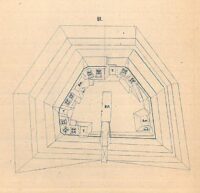 Redoubt II
From this the Prussians’ second column were met by artillery fire, forcing them out to the sides in the direction of the trenches. Here they were met by a fierce fire from the Danes and stopped or even forced back. But now column one and three attacked the trenches from the sides or back. The first attack from the south on the ledge was fought back. Particularly, II was under heavy fire from the Prussian batteries at Broager. The perimeter was 400 meters from the storm parallel and fell at 10.10.
In Lance II, Lieutenant Ancher fought so valiantly that the pranks subsequently raised a memorial stone for him.

Redoubt III
It was defended by 19 men, and was attacked by a Prussian force of 1000 men. Storming distance 270 meters. Despite this, the Danes refused to surrender. Three attacks were needed before the Prussians penetrated the rampart, but the fight continued in the interior of the rampart and gunpowder before the Danes finally surrendered at 10.05am. At this point, half of the defenders were dead or injured. The Prussian casualties in Prophet III were as large as 10 officers and 128 men. 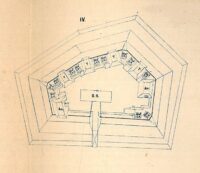 Redoubt IV
The fourth Prussian column, which was to attack the barrier IV over 400 meters, was met with such a fiery fire from the ramparts and the area behind it that the column went into disarray. Part of the column attacked the trench to the left of the redoubt and pierced the Danish position.
The redoubt were now really surrounded and fell after a fierce battle at 10.13. 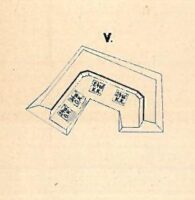 Redoubt V
They managed to shoot a couple of shrapnel shots into the attacking stormed Prussian column which suffered heavy losses. Two Danish counterattacks against redoubt V with two or three divisions forced the enemy back for a while before the Danes were forced to retire even after a hard fight. The redoubt fell at 10.05am. 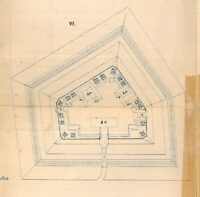 Redoubt VI
They fired six shots against the Prussian sixth column as it advanced against the ramparts. The attack  distance was 330 meters. However, this did not stop the Prussians, and after a short battle the redoubt fell at 1005. The infantry did not arrive in time to defend it.
The artillery gunners continued their shooting until the cannon was destroyed, and therefore the guns, which were now turned against the trenches and redoubts VII and VIII, could not be nailed. 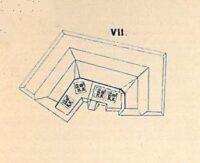 Redoubt VII
As soon as the shooting was heard, troops from the 17th Regiment moved forward to take up their positions in redoubt VII and VIII. Despite heavy losses of Prussian artillery fire on the road, they arrived before the enemy and opened fire on them. The Prussians now bypassed redoubt VII and shortly thereafter it fell.
1.Company launched a counterattack that failed.
2.Compagny tried another counterattack, but was surrounded and after a short bayonet fight they surrendered.

The Counter-attack by the 8th Brigade
At 10.45 am the attack had lasted 45 minutes.
The redoubts I – VII had fallen and the Prussian advance towards the bridgehead, where the 8th Brigade was held in reserve, continued.

The counterattack of the 8th Brigade

The brigade had not discovered that a major attack had been deployed and important minutes were lost.
At 10:30 am, the brigade was finally ordered to recapture the redoubts and support the 1st and 3rd Brigade. At the beginning of the counterattack, the brigade made progress, and the enemy troops were briefly retreated.
The redoubts VIII, IX and X were defended by the 17th Regiment.
While the 8th Brigade’s counter-attack was underway, redoubt VIII was still held by the 5th Company.
28 Prussian cannons set a fiery fire on it and twice the Prussian infantry tried to storm the last effective cannon, and both times the attack was fought back. The third time he succeeded and the redoubt fell.
Only a few  of the Danish soldiers were alive an unharmed.. 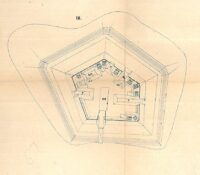 Skanse IX
It was defended to the 6th Company and was attacked by nine Prussian companies.
The fighting ended when most of the Company had fallen. 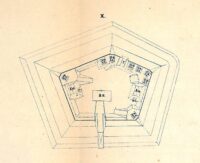 Redoubt X
It was only abandoned when the order to withdraw came and all the cannons managed to be nailed.

Although the 8th Brigade counter-attack did not cast the enemy decisively, it had not been in vain.
They suffered heavy losses but helped the remnants of the 1st and 3rd Brigade to get back to the bridgehead.
The Prussian forces continued their advance against the Danish positions at the bridgehead. But the artillery fire from the opposite side of the Alssund and from the iron clac Rolf Krake stopped their advance, and the remnants of the Danish force retreated in good order to Als.
After this the pontoon bridges over Alssund was interrupted and the battle of Dybbøl was lost.

The losses on both sides had been severe, witnessing the fierce battles, often man against man with the bayonet.
The Danish losses were approx. 700 killed, 554 wounded and 3,534 captured. A total loss of 4834 men. More than half of the commanders who participated in the battle were lost.

The Prussian casualties were 1201 killed and wounded.